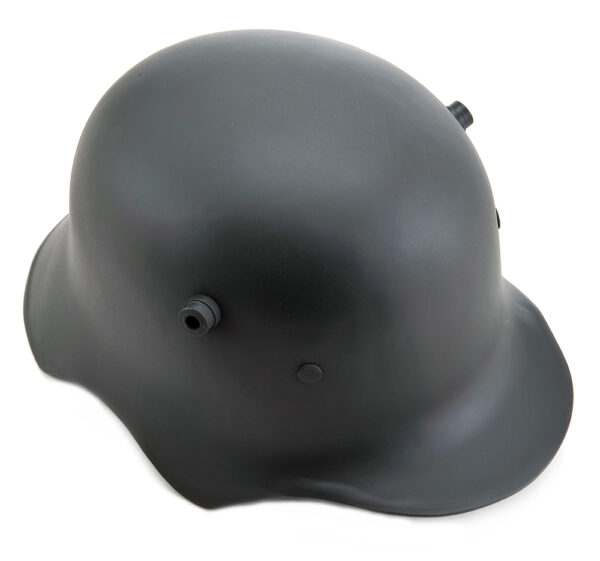 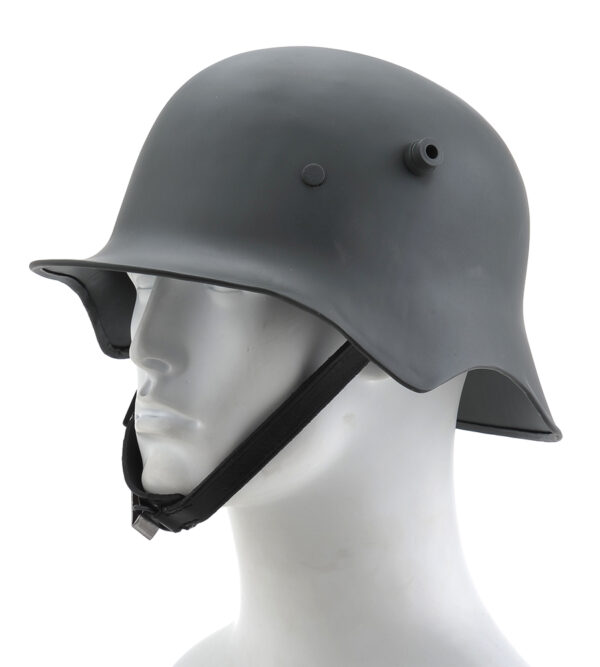 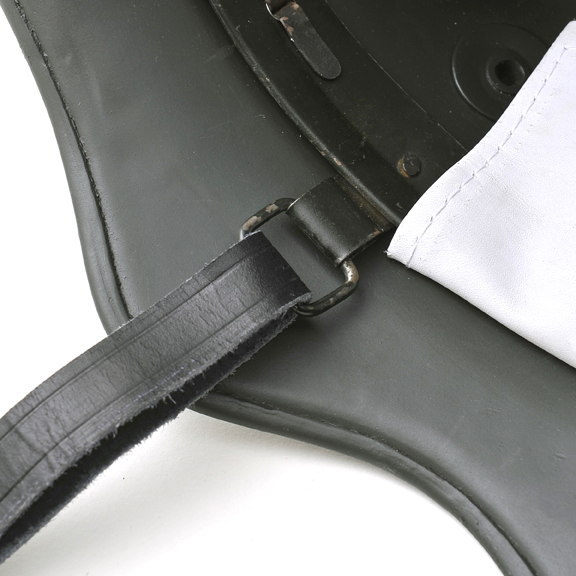 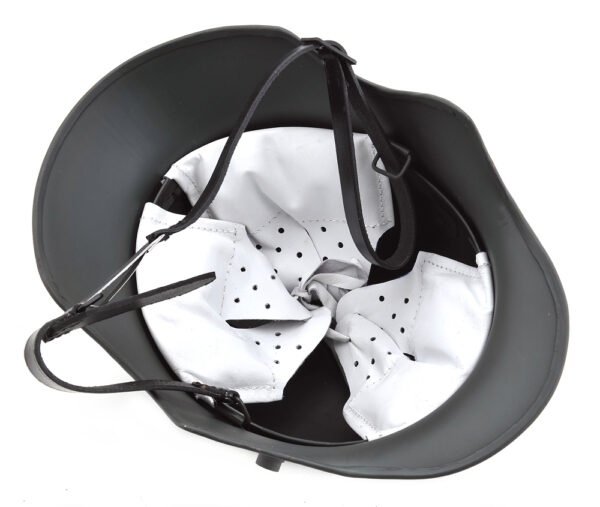 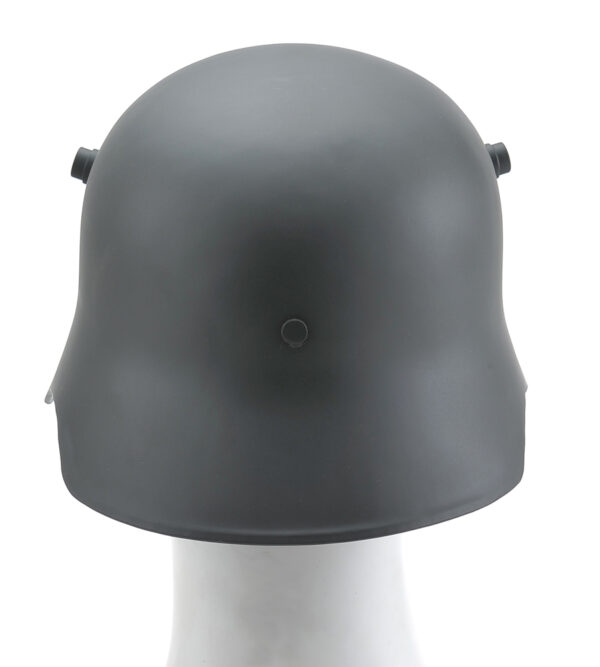 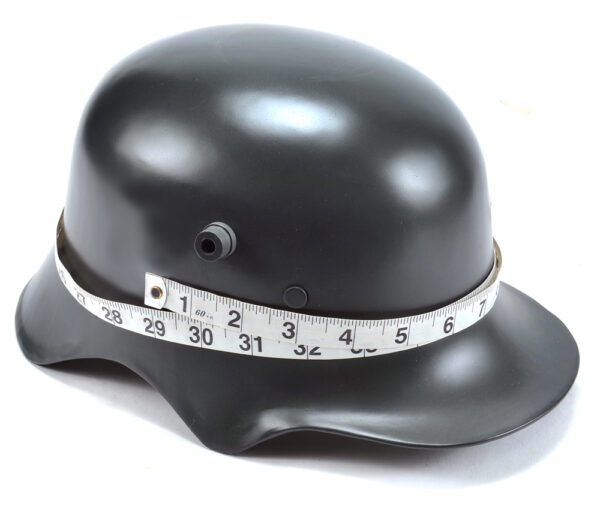 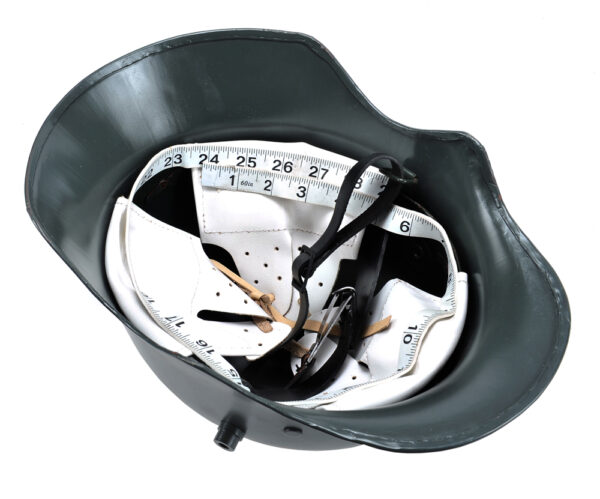 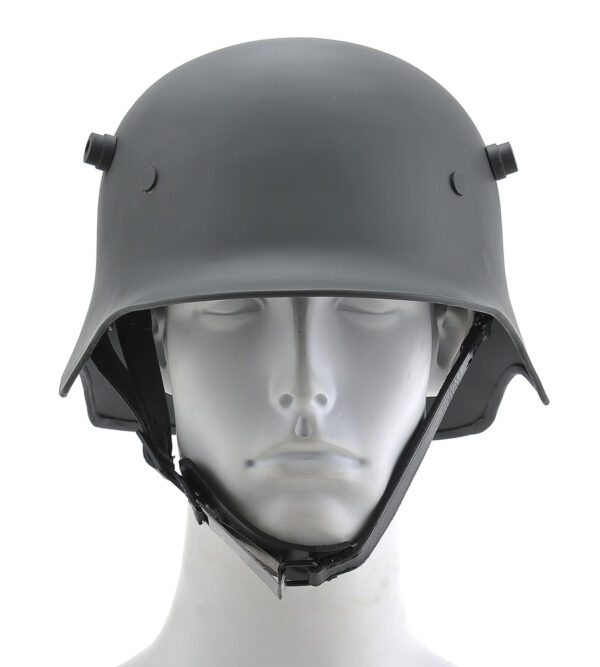 Perfect for reenactments or display

Most armies went into the First World War without any head protection, but with their heads sticking out of the trenches making tempting targets the brass had to do something. The Germans were the first to act coming up with the M1916 Helmet Introduced in February of 1916 at Verdun it proved a success reducing the number of head injuries. The M1916 was improved in 1918 resulting in the M1918 Model. After complaints from the troops wanting to improve their hearing, the M1918 Cutout helmet was issued. It was very popular with the troops and probably would have been the standard issue if the war had not ended.